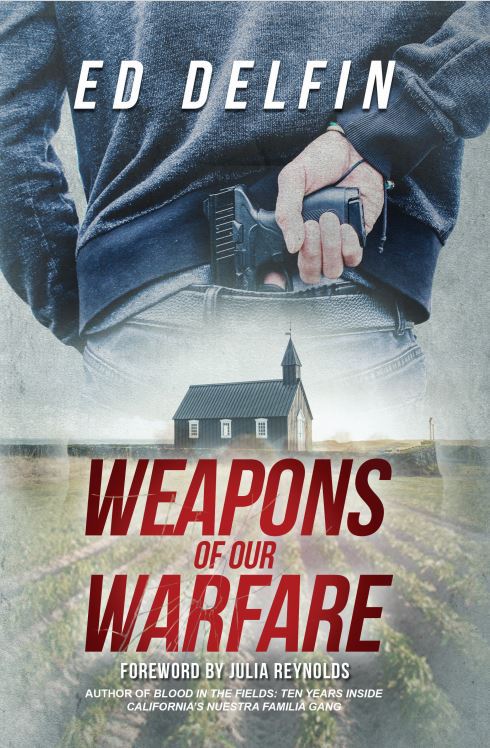 WEAPONS OF OUR WARFARE

Dan Bautista thought moving to the California Coast meant an easy life and endless summers. He believed the power of the Gospels conquered all because he’d never seen the fearsome transformative power of raw violence. He thought joining the police force would bring peace to his life and justice to his community.

Nothing happened as planned. He couldn’t have imagined what did happen.

Weapons of Our Warfare reveals the inconvenience of knowing people. Really knowing them. It’s about the beautiful complexity we find in every encounter we give a chance to mature.

The riddle of violence and the need sometimes to do evil for the ultimate good, is revealed in this story inspired by real people the author has come to know and love. These are real people whose actions go far beyond the typical stereotypes, into the realm of heroism, and insensate evil, often within the same person. Pastors, street cops, investigators, drug dealers, informants, and murderers. Bad guys and good guys wrapped in one skin. People who’ve taken a stance, and find others on the same side of their line, unsure how they got there, even less sure how others they love got on the other side. And through it all, the worst brings out the best they have. The best any of us ever have.